Stirling Castle near Edinburgh is one of Scotland’s largest and most fascinating castles, rich in history and stunning in architecture. It makes a fantastic day trip, just about an hour’s drive or a quick train ride from our city hotel in Edinburgh.

Historically, Stirling was a very important castle. A meeting point between the Highlands and Lowlands of Scotland, a grand Royal Residence and the backdrop to key battles, including the famous Battle of Bannockburn. Just like Edinburgh Castle, it is strategically positioned on top of a large volcanic rock, dominating the city skyline. This gave it a strong defensive advantage, as approaching enemies could be seen in all directions. It also makes it quite a spectacle to behold, as it towers mightily over the surrounding area. 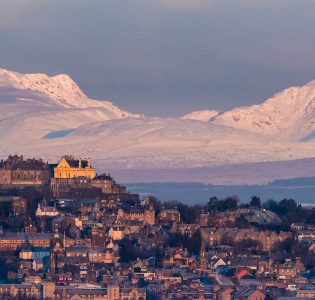 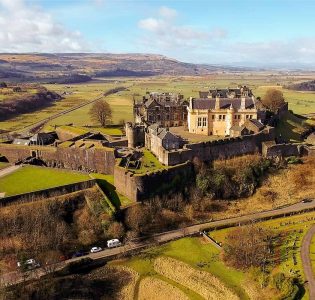 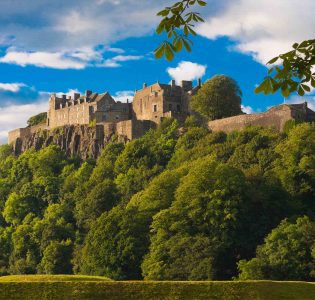 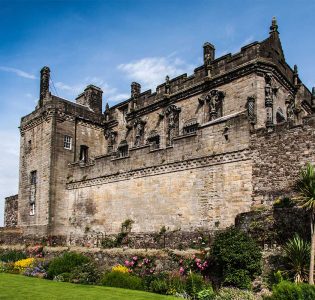 If you’re looking for a fantastic day trip from Edinburgh, Stirling Castle is the perfect option. It’s around an hour’s drive from our hotel in Edinburgh city centre. Or, if you prefer to travel by train, there is a regular service from Edinburgh to Stirling that takes less than an hour.

Castle tickets are available online in advance, if you want to beat the queues. They include a complimentary guided tour, which is an excellent way to take in the history of this ancient castle. Tales of Kings and Queens, battles and wars, famous Scots and terrible deeds … Stirling Castle has seen it all. 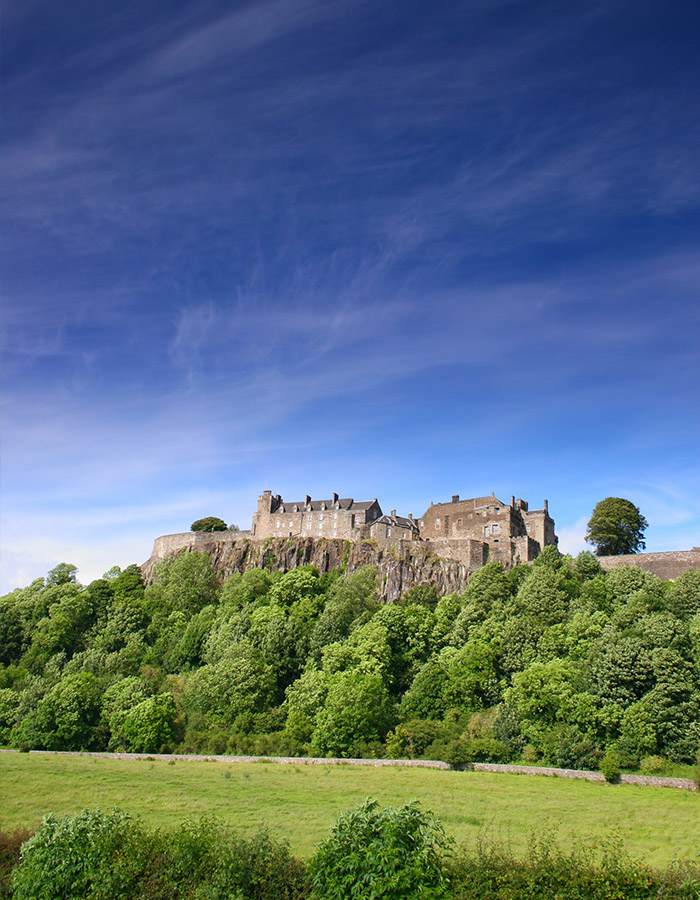 ‘Fabulous; Full of History. I loved Stirling Castle. So much history has happened there. The tour was great. A must-see while you are in Scotland.’

The ancient Stirling Castle has set the scene for many great moments in history. If only those great walls could talk … who knows what secrets they keep? For many hundreds of years, Stirling Castle was a powerful Royal fortress and military base. During the Wars of Independence between Scotland and England, the castle changed hands eight times. In times of peace, it was a grand Royal residence. It was the childhood home of Mary Queen of Scots and James VI of Scotland and I of England. The Earl of Douglas was murdered there by James II. It also set the scene for one of the most famous battles in Scottish history … the Battle of Bannockburn on 24 June 1314. This was a significant Scottish victory in the First War of Independence, where Robert The Bruce of Scotland defeated Edward II of England in a vast and bloody battle. 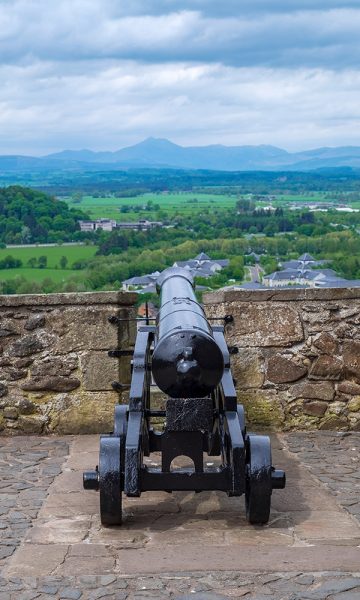 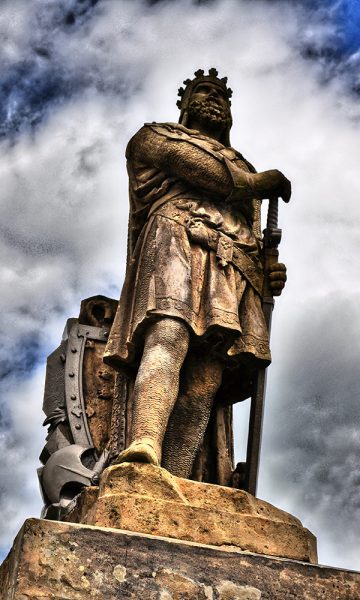 ‘The restoration at Stirling Castle is simply stunning. From the beautiful tapestries on the wall to the stunning carved heads on the ceiling, and velvet four-poster bed. Everything understated but superbly done.’

Our friendly and comfortable hotel in Edinburgh city centre is just an hour from Stirling Castle. We have all the attractions of Edinburgh on our doorstep and day trips to Stirling and other great cities are within easy reach. The perfect base to discover Scotland’s castles and rich history. Check out our special offers or contact our team today. 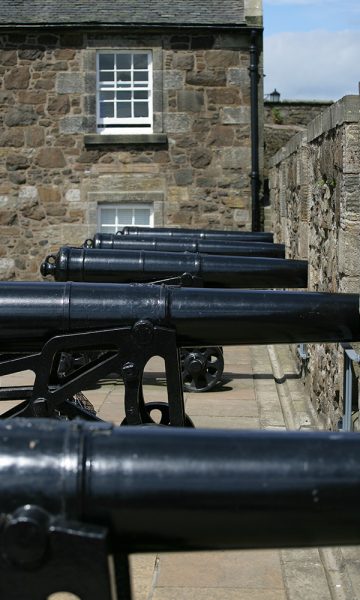