Greyfriars Bobby
Find Out More Below

Greyfriars Bobby is a very famous dog in Scotland. He was a Skye Terrier who became known in the 19th century for (as legend has it) spending 14 years guarding the grave of his owner, until his own death on 14 January 1872. Today the story of the beloved Greyfriars Bobby is part and parcel of Edinburgh history. A commemorative statue was erected in his honour. And the lovable pooch shot to fame as his story was re-told through several books and films. 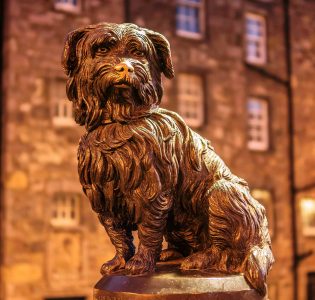 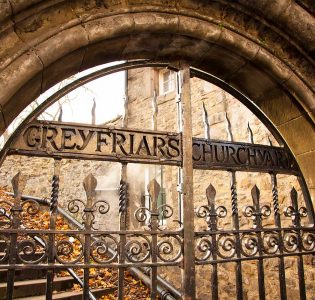 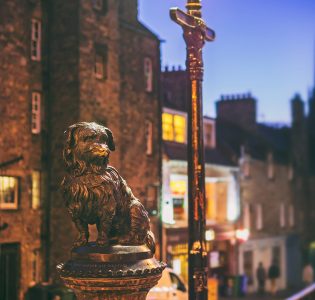 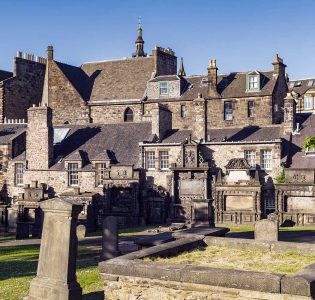 The Story of Greyfriars Bobby

The best-known version of the story is that Bobby belonged to John Gray, Constable No 90 for the Edinburgh City Police. As a night watchman, Mr Gray was required to have a watch dog. He chose a Skye Terrier, who he called ‘Bobby’. After all he was a police dog!

In October 1857, the nights were cold and wet. Despite the autumn chill, Mr Gray and his faithful companion would patrol the streets of Edinburgh to keep the peace. During their chilling escapades, Mr Gray developed a nasty cough, which would later develop into Tuberculosis. As Mr Gray continued to get weaker and his health failed, Bobby remained by his side until his dying day. 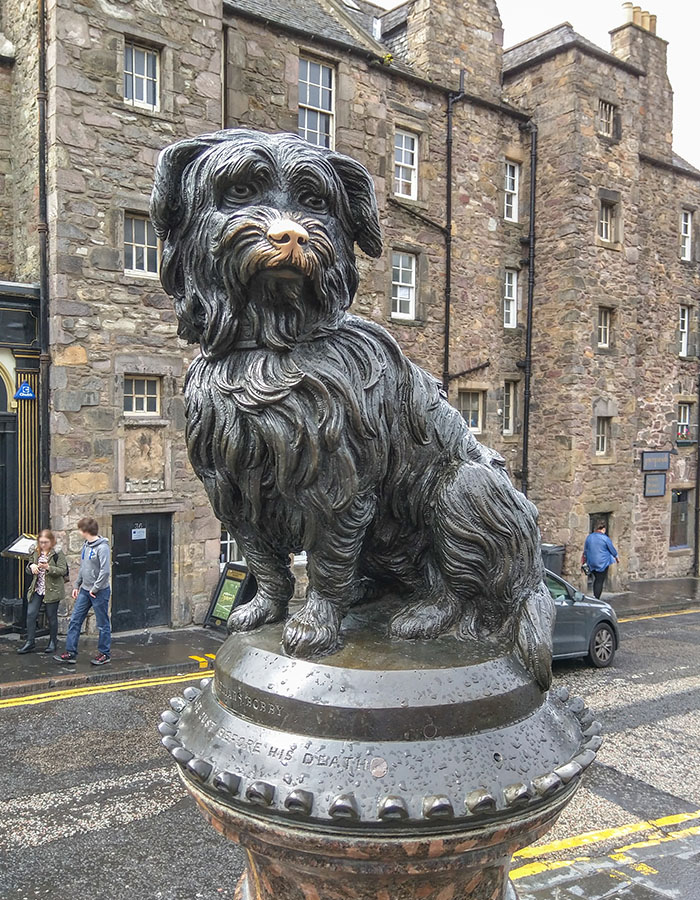 How The Legend Began

John Gray was buried in Greyfriars Kirkyard, the graveyard surrounding Greyfriars Kirk in the Old Town of Edinburgh. Ever the loyal companion, Bobby spent 14 years mourning his master’s death. Guarding his grave, until his own death in 1872.</p>
The day after his master’s funeral, James Brown, the curator of the burial ground, found the Skye Terrier lying on top the newly made mound of earth. Since dogs were not permitted in the Kirkyard, Bobby was driven out. The following morning, the curator discovered Bobby had found his way back to his master’s grave. As the weather worsened Mr Brown took pity on Bobby, and in return Bobby made the Kirkyard his home.

Throughout the years, Bobby would be seen in or around the Kirkyard. A local favourite, he soon made many friends. Every day, at the sound of the One O’clock Gun, he would appear at the Coffee House for his dinner. Each week, Sergeant Scott of the Royal Engineers from Edinburgh Castle would bestow a steak treat on the furry critter. And in 1867, the Lord Provost of Edinburgh paid for Bobby’s licence and gave the dog a collar (now on display in the Museum of Edinburgh). 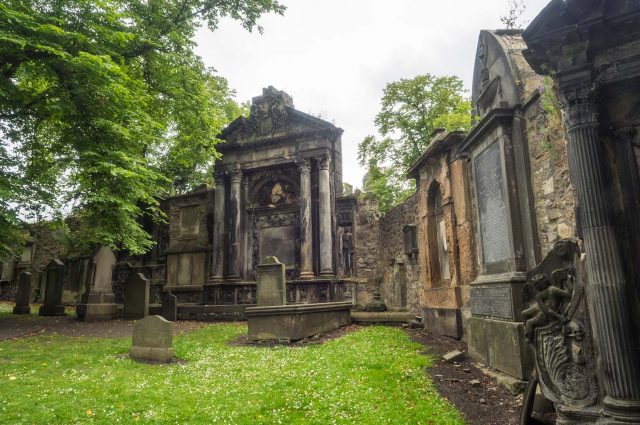 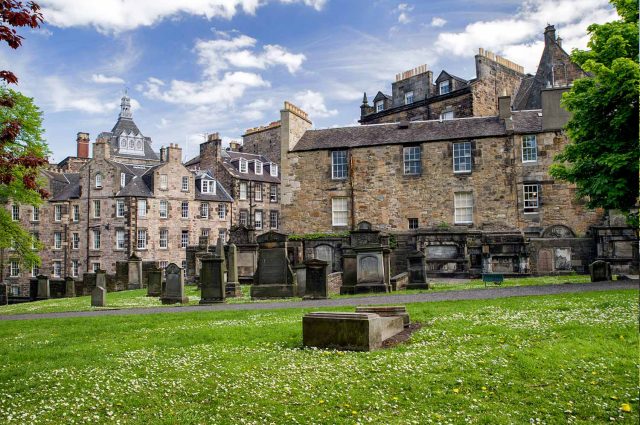 ‘A small statue with a big story. While there are so many things to see and do in Edinburgh, I admit seeing this statue was high on my list. The story and history are world-famous and it is definitely worth a visit to the statue and graveyard nearby.’

14 years after his master’s death, Greyfrairs Bobby was buried just inside the gate of Greyfriars Kirkyard, not far from John Gray’s grave. A year later, Lady Burdett-Coutts had a Greyfriars Bobby statue and fountain erected at the southern end of the George IV Bridge in his honour. 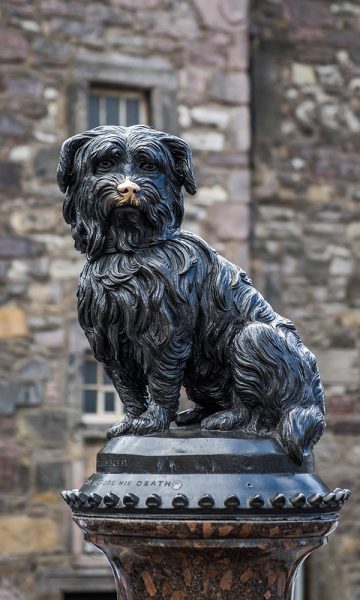 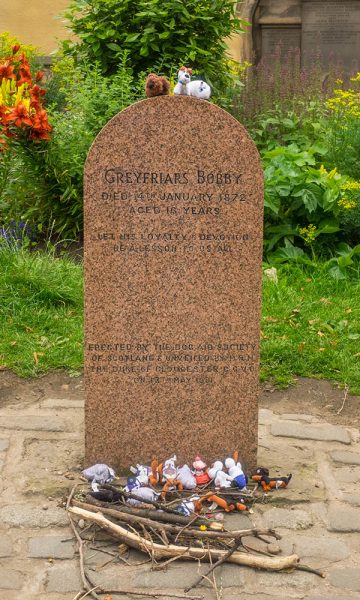 ‘Loyal dog. We always visit this statue when in Edinburgh. I always loved this story when I was a kid, about this loyal companion but please don’t rub his nose, as it is discolouring the statue.’

Throughout the years, speculation around Bobby’s unnaturally long life has left loyal Bobby supporters scratching their heads. According to recent reports, the legend of Greyfriars Bobby was nothing more than a Victorian hoax to gain donations from local sympathisers of the mourning Bobby. Hoax or history, the story of Greyfriars Bobby has secured a special place in hearts and minds of people around the world for over a century. 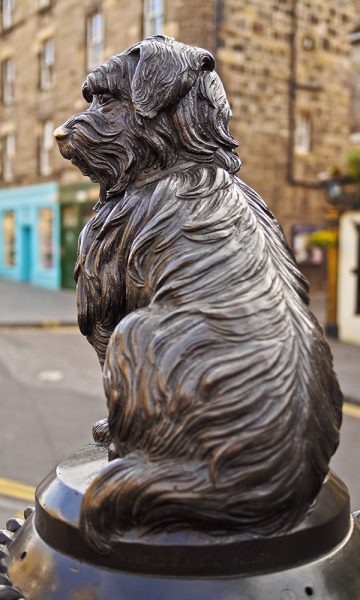 Find out more about the Scott Monument here ......

Find out more about the Palace of Holyroodhouse here ......