Having welcomed aboard Kings, Queens and Heads of State from around the world, the Royal Yacht Britannia now greets visitors to its permanent home in Leith. Offering a rare, behind-the-scenes look at Royal life at sea, a trip aboard its beautiful decks is an absolute must for maritime fans or people in search of the best Edinburgh attractions.

Former yacht of reigning Queen Elizabeth II, it is estimated that in its 44 years of service, the Royal Yacht Britannia traveled the distance of a round-the-world trip each year. Towards the end of 1997, the yacht was retired from service and opened up to the public for exploration. Rated the UK’s number one attraction by TripAdvisor, the Royal Yacht Britannia is not an attraction to be missed on your next Edinburgh city break. 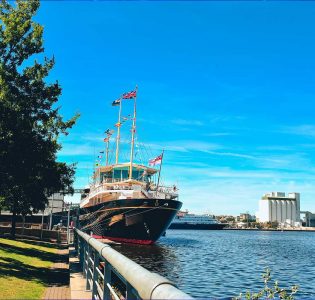 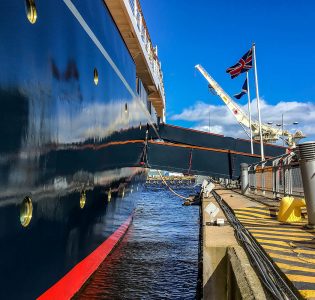 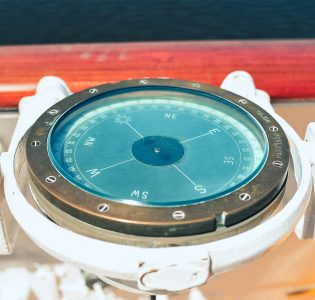 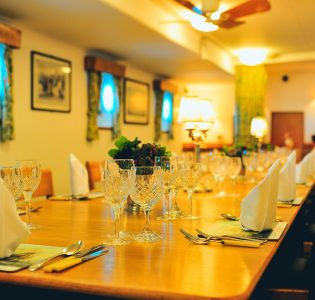 All Aboard The Royal Yacht Britannia

Explore all that the Royal Yacht Britannia has to offer and discover what a day in the life of royalty would have been like on board. Explore the state apartments as well as the royal bedrooms, before uncovering how the ship was designed for the dual purpose of royal vessel and hospital yacht. Visit the engine room and be amazed by its gleam too! Feeling peckish? Then head on over to the Royal Deck Tea Room for a spot of lunch and enjoy freshly prepared, delicious homemade food. 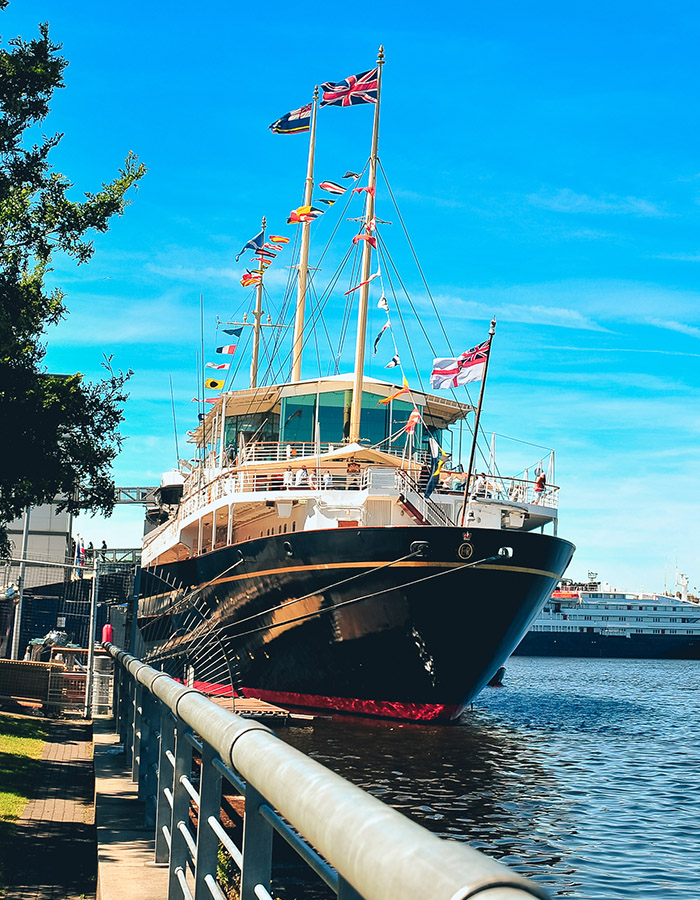 ‘One not to be missed. What a ship. Floating Royal Hotel. Great to see how the Royals lived whilst onboard and the famous guests who stayed’

Smooth Sailing All The Way

Join us here at the Parliament House Hotel on your next Edinburgh city break. Based in the heart of Edinburgh, close to all your favourite city centre attractions, our stunning hotel is the perfect place from which to explore all that Edinburgh has to offer. So if you are planning a trip to Edinburgh’s vibrant capital and the Royal Yacht Britannia, book one of our special offers now! 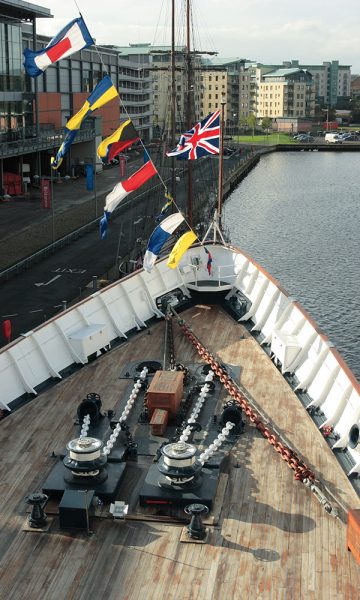 Edinburgh Castle doesn’t need much of an introduction. It is home to the Stone of…...

Calton Hill is one of the best places to soak up the beautiful views of…...

Princes Street Gardens is a large public park, which lies on the south side of…...

Greyfriars Bobby is a very famous dog in Scotland. He was a Skye Terrier who…...

The National Galleries Complex is among the finest of Edinburgh galleries. It encompasses the National…...

From the dawn of the dinosaurs to the technology revolution, discover all about Scotland’s past,…...

Located at the bottom of the Royal Mile, at the opposite end to Edinburgh Castle,…...

Experience optical illusion, wonder and trickery at Camera Obscura and World of Illusions. This is…...

The Botanic Gardens Edinburgh is a beautiful year-round attraction that is just as popular with…...

Having welcomed aboard Kings, Queens and Heads of State from around the world, the Royal…...

If there is one thing we Scots have perfected over the years, it would have…...

Sitting alongside the Dean Gallery, the Scottish National Gallery of Modern Art is home to…...

The Scottish National Portrait Gallery is one of Edinburgh’s most beautiful buildings. Designed as a…...

The historic St Giles’ Cathedral is an iconic building in Scotland’s historic capital. Founded in…...

Wild about Scotland? During your stay with us, get in touch with Scotland’s wild side…...

The historic port of Leith, to the north side of Edinburgh, has been transformed in…...

Stirling Castle near Edinburgh is one of Scotland’s largest and most fascinating castles, rich in…...

The Kelpies in Falkirk

The Kelpies in Falkirk are two beautiful horse-head sculptures at The Helix Ecopark in Central…...

Do you love cats in all their fluffy gloriousness? Can you easily spend several hours…...

Do you love doggy play-time and cuddles? Maybe you’re on holiday without your dog and…...