Listen out at 1 pm and you’ll be sure to hear an almighty bang coming from Edinburgh Castle. But don’t worry, you haven’t stepped back in time. The one o’clock gun is fired from the castle most days. So let’s discover out more about this fascinating Edinburgh tradition. 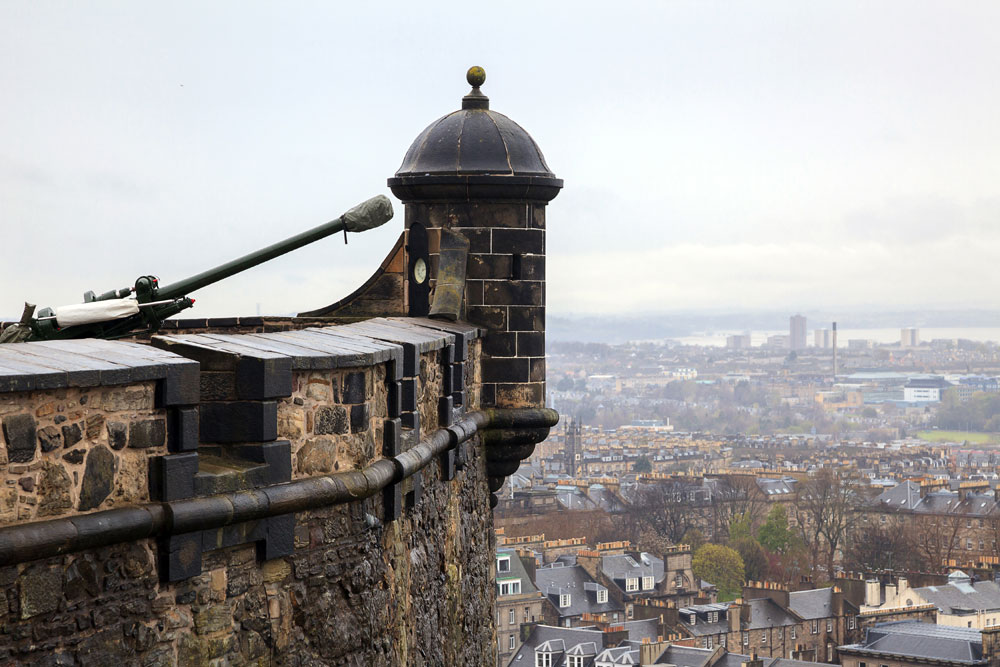 When is the One O’Clock Gun fired?

Funnily enough, 1 pm on the dot! The gun fires every day apart from Sundays, Good Friday and Christmas Day.

The original purpose of the daily sound, back in 1861, was to allow ships sailing the Firth of Forth to check and adjust their chronometers (long before the convenience of iPhone syncing!).

Just behind us at Parliament House Hotel, on Calton Hill, a time ball was implemented at Nelson Tower by Captain Wauchope of the Royal Navy, which would drop to help those at Leith Harbour ascertain the time. On foggy days, it was near impossible for the ball to be seen, so the Astronomer Royal, Charles Piazza Smyth invented a device to trigger the gun at Edinburgh Castle when the ball dropped via a 4000 ft long steel cable.

There were a few teething issues to get the gun into place, however, after three attempts the gun fired. A similar system was implemented in Glasgow, Greenock and Newcastle. Today, Edinburgh’s gun is the only survivor of the times.

See the One O’Clock Gun up close

Despite its original purpose, the One O’Clock Gun has become a popular tourist attraction. During a visit to Edinburgh Castle, you can gather with crowds at the far end of the Argyll Battery at 1 pm. Here, you’ll witness the spectacle up close. But if you’re elsewhere in Edinburgh, you’ll probably still hear the bang!

So, why not book a stay at Parliament House Hotel and plan an Edinburgh Castle visit, where you can see the one o’clock gun for yourself?