If you’re on a mission to discover the wonders of Edinburgh, no trip is complete without a tour of Edinburgh Castle. For centuries, battles and sieges were fought over it, royalty lived and died in it, and today, it is one of the most popular tourist attractions in the world. With such a turbulent history, it’s not surprising that there is a treasure trove of facts about Edinburgh Castle, as well as myths and mysteries surrounding this ancient fortress.

1. Castle Rock – A Rock By Any Other Name

Scotland’s most famous castle sits on top of Castle Rock, a 700-million-year-extinct volcano in the centre of the city. As its name suggests, Castle Rock is more than 120 meters above sea level, towering over the surrounding city. 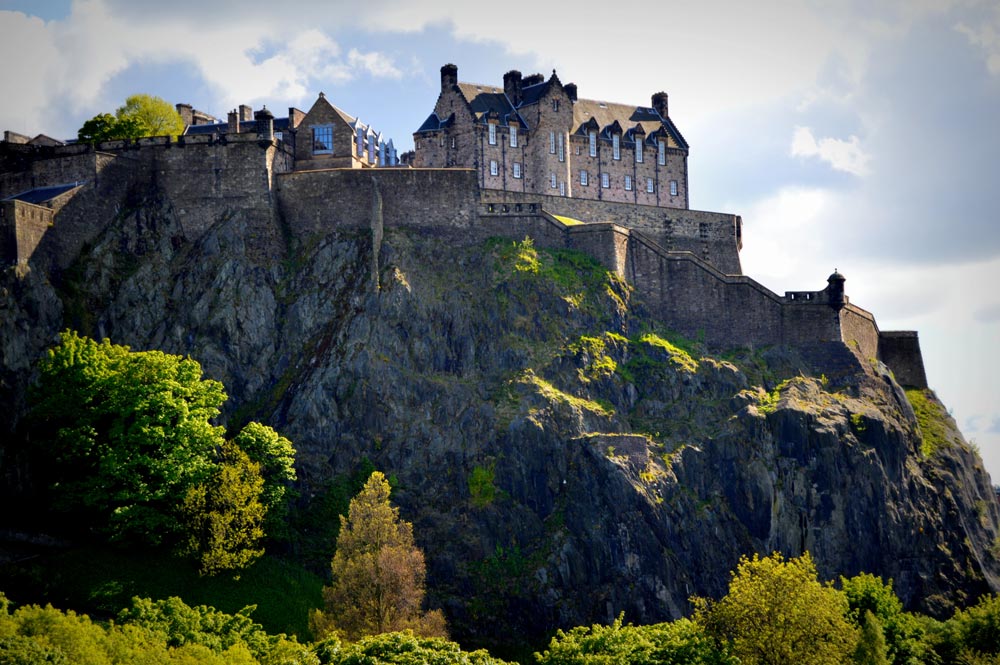 2. The Start Of A Long, Grisly History

No one knows exactly when the first castle was built, but there is evidence to suggest people in the late Bronze Age first settled on the rock. Fierce Iron Age warriors defended a hill fort there, and ancient poetry tells a morbid story of a band of warriors who feasted there for a year before riding to their deaths in battle.

3. The Seat Of Royal Power

Over the centuries, Edinburgh Castle has housed many Scottish monarchs. After King Malcolm II captured Edinburgh, it became an important royal site during the reign of Malcolm III and his descendants. Malcolm III’s beloved wife, Queen Margaret, died there in 1093 and King David I made it the centre of royal power during his rule. Mary Queen of Scots, Scotland’s most famous Queen, also gave birth to James VI in the Royal Palace in 1566. 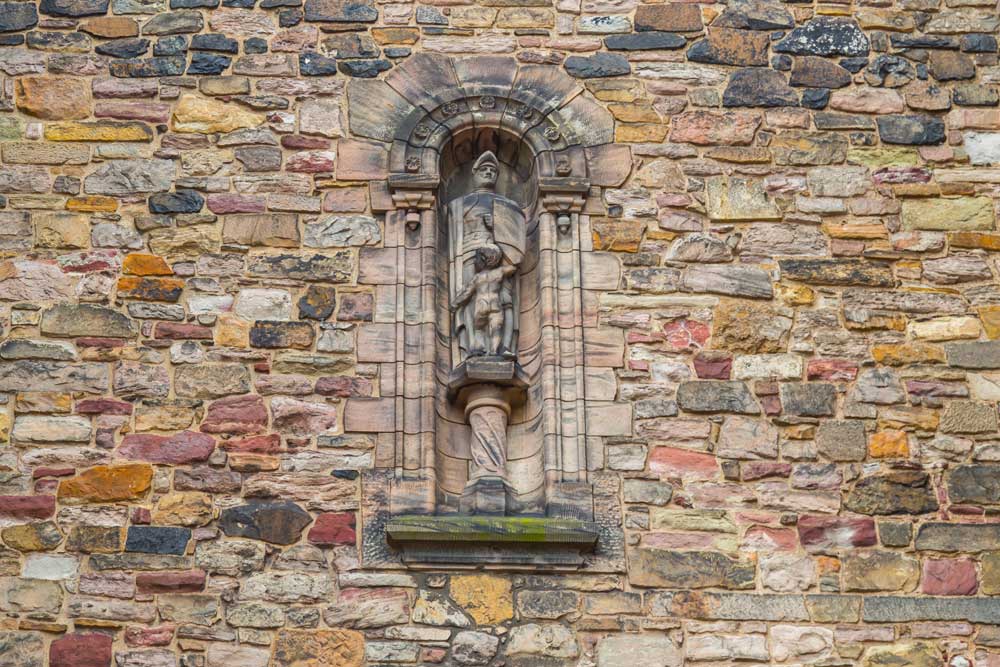 One of the better know facts about Edinburgh Castle, is its tug-of-war history between Scotland and England. The Scots and the English fought for control of Edinburgh Castle for centuries. During the 12th century, the castle switched from Scottish ownership to English ownership, and then back again. In the 13th and 14th centuries, during the Wars of Independence, the castle changed hands several times.

During the 15th century, the castle was used to make and store weapons and ammunition. In the 16th century, it was transformed into a military base. Buildings were rebuilt and new ones raised to house a huge garrison and jail prisoners of war. During the 18th, 19th and 20th centuries, prisoners from the Seven Years’ War, the American War of Independence, the Napoleonic Wars and WWI lived in its dungeons. 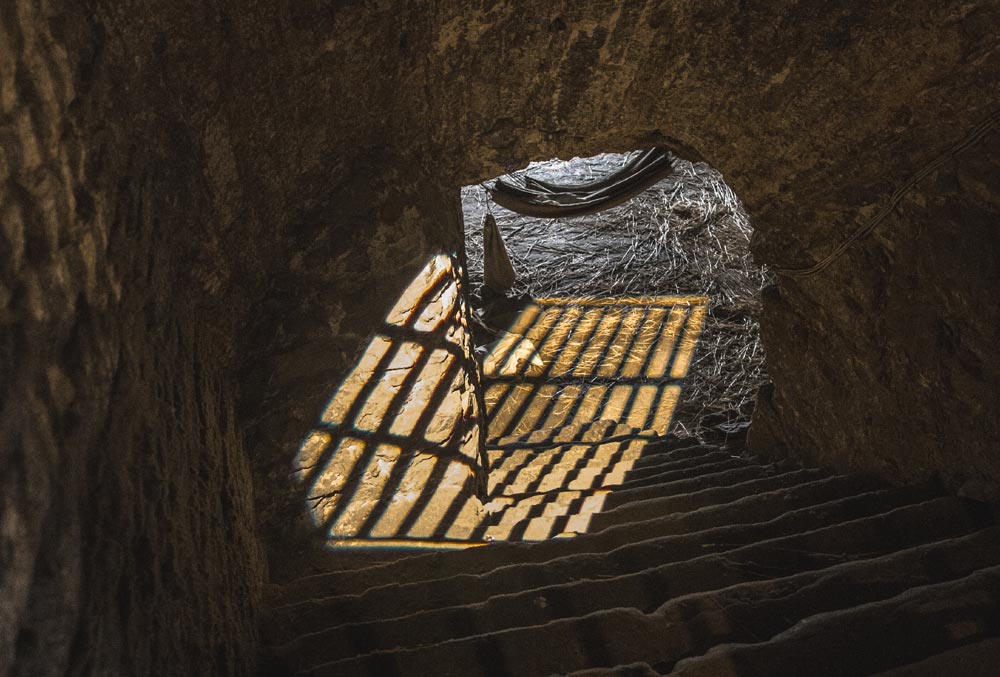 6. The Stone Of Destiny

Like the castle itself, the Scottish and English have fought over the Stone of Destiny for over 700 years. Kings of Scotland were enthroned on this enigmatic stone for centuries, until King Edward I of England took the stone and had it built into his throne. The last time the stone was used was at the coronation of Her Majesty The Queen in 1953. In 1996, it was returned to Scotland, and today it sits in the Crown Room with the Crown Jewels.

Constructed in the early 12th century, St Margaret’s Chapel is the oldest surviving building in the whole of Scotland. It pays tribute to Queen Margaret, who according to legend, died of a broken heart in 1093, when she received news of her husband’s death. 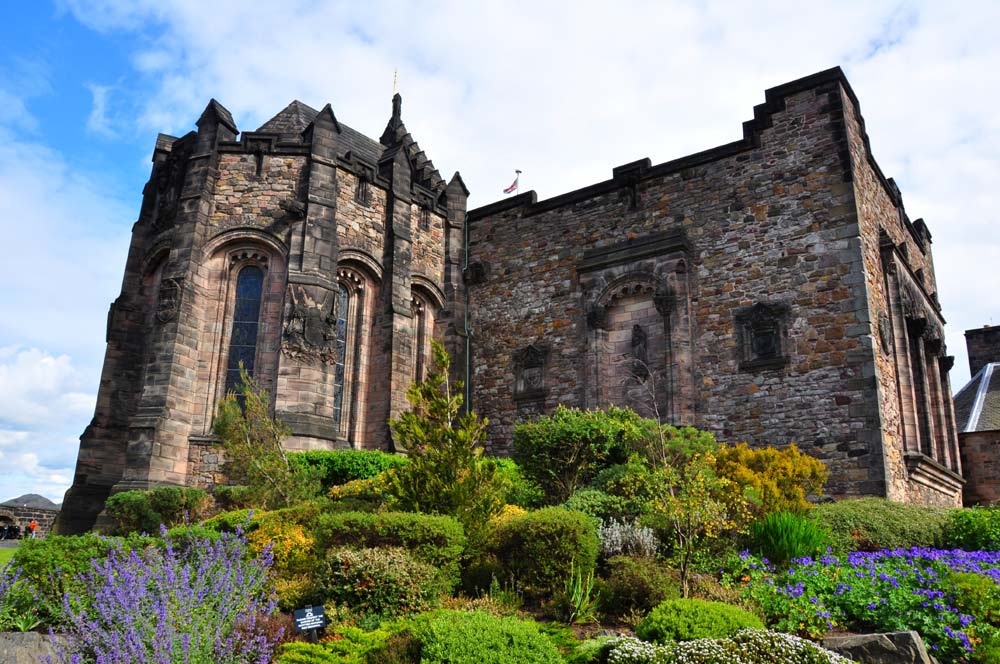 One of the lesser-known facts about Edinburgh Castle is the old-fashioned eavesdropping window in the Great Hall. Above the fireplace is the “Lairds Lugs” (Lord’s Ears), a little barred window. The medieval equivalent of phone tapping, King James IV would eavesdrop on meetings taking place in the Hall below in the 16th century.

The Duke of Burgundy gave Mons Meg to King James II in 1457. A medieval supergun, it could fire solid stone cannon balls three times the size of a human head, each weighing about 400 pounds, over two miles. Too heavy to use in battle, Mons Meg retired to Edinburgh Castle in 1829. Not to be confused with one One O’Clock Gun, which is fired most days at 1 pm from the castle. 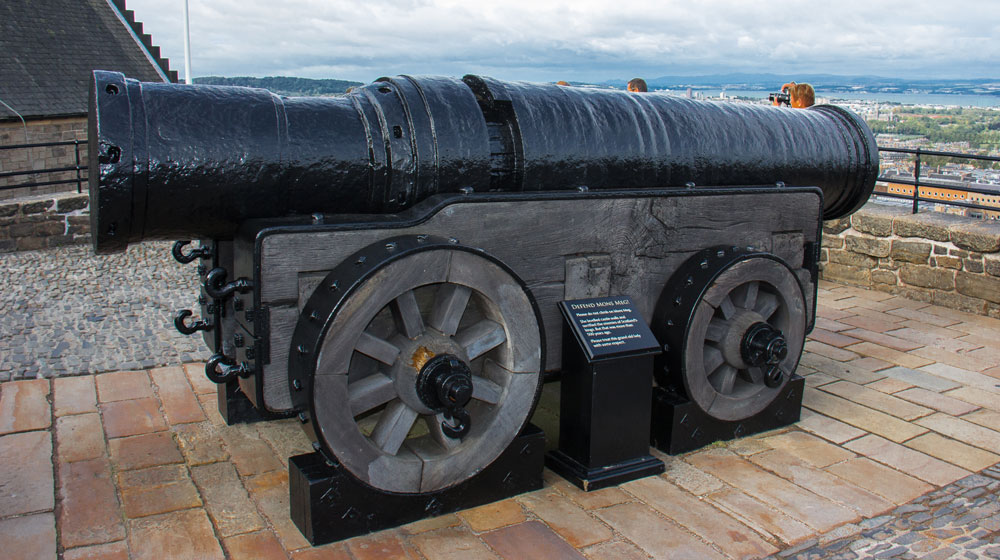 With such a rich history, there are loads of interesting facts about Edinburgh Castle. It’s one of the most haunted places in Scotland. A local myth warns Edinburgh University students to steer clear or face failing their final exams. And you might just hear the music of the famous Lone Piper to this day!