Part of A World Heritage Site

When it comes to facts about Calton Hill, there is no better place to start than at the beginning. With its unique blend of old and new, Edinburgh was granted World Heritage Status in 1995. And home to many historic sites, Calton Hill is an important part of our World Heritage City. A place of tremendous historical significance, Calton Hill was bought by the town council in 1724. Where it became one of the first public parks in the country. 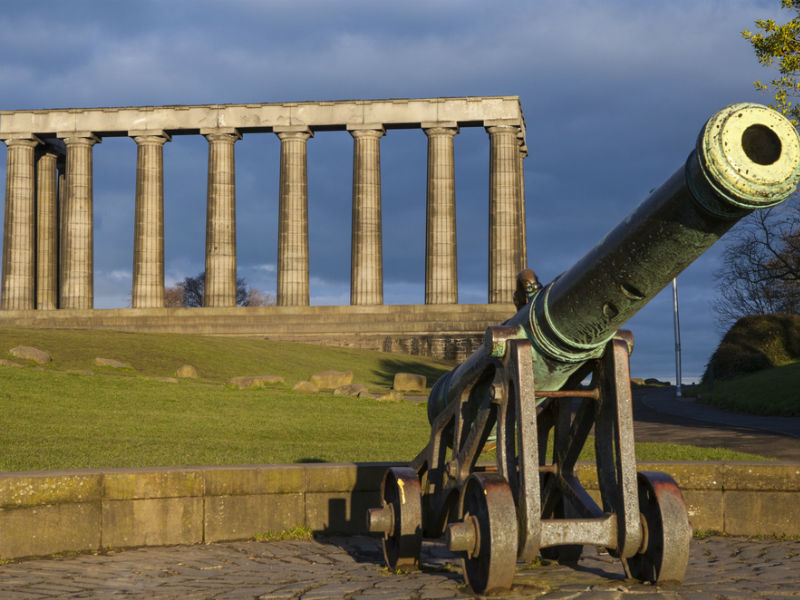 One of the most striking monuments on Calton Hill, is without a doubt the National Monument. Work began on this Athenian-inspired monument in the early 1820s. Designed to commemorate the many brave men who gave their lives during the Napoleonic Wars. But funds for this ambitious undertaking soon ran dry. So Scotland’s National Monument has existed in a permanent half-finished state ever since. The people of Edinburgh subsequently dubbed it “Edinburgh’s Shame”. Over the years there have been many failed attempts to complete the monument and restore it to its intended glory. But it has been part of Edinburgh’s history for so long now, many prefer to leave it the way it us.

The Birthplace of The Panorama

The beautiful panoramic views from Calton Hill have inspired visitors for centuries. Famous monuments and world-renowned landmarks can be seen for miles around. In fact, the views are so inspiring, they sparked a whole new art form. The Panorama! In the 1780s, Irish painter Robert Barker set off to Edinburgh in the hopes to improve his fortunes. Little did he know he would be creating one of the most lucrative entertainment forms of the age. A master of perspective, it is believed he came up with the idea during one of his visits to our favourite hilltop in 1787. With the help of his 12-year-old son and some self-designed apparatus, he sketched a 360-degree view of Edinburgh from the top of Calton Hill.

Something To Write Home About

For all the sceptics out there, take a slightly morbid stroll through the Old Calton Burial Ground. Here you can visit the final resting place of David Hume – a notorious radical sceptic. Then, walk along 14 Calton Hill Street on the west side. At no. 14, you’ll find the home of Robert Burns’ elusive lover Clarinda. As Scotland’s national poet, Burns sent Clarinda many love letters over several years, in an unsuccessful attempt to seduce the beautiful married woman.

All In Good Time 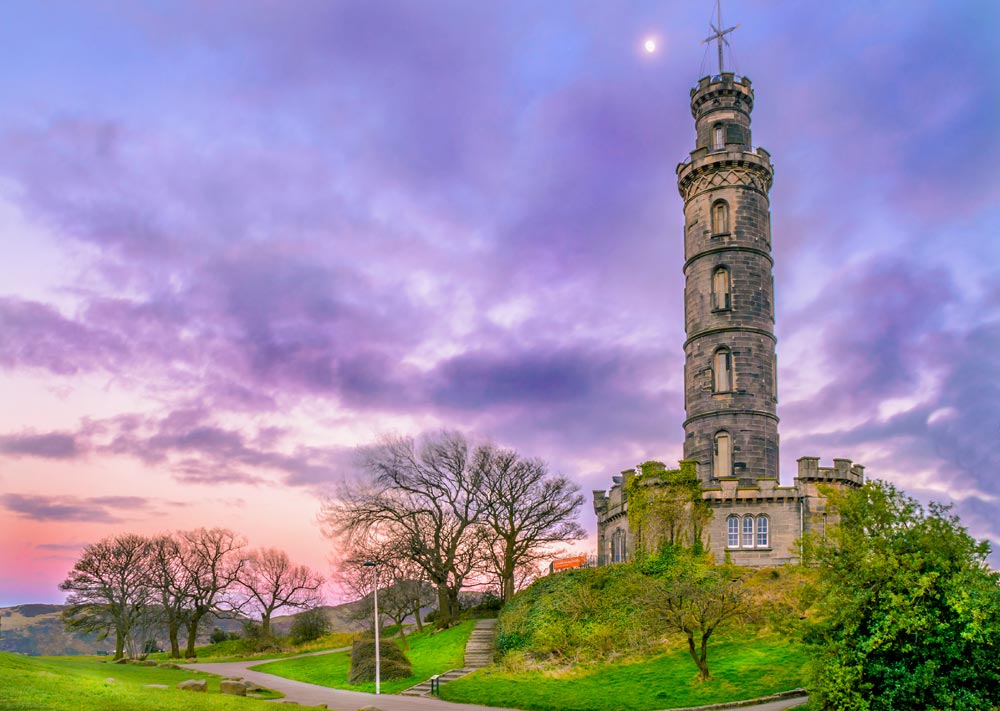 Shaped like an upside down telescope, the Nelson Monument on Calton Hill was completed in 1816 in commemoration of Admiral Lord Nelson who died at the battle of Trafalgar in 1805. In 1852, a 762 kg time ball was added to enable ships in the Firth of Forth to set their chronometers accurately by observing the dropping of the ball at one o’clock each day. Nine years later, the one o’clock gun was added at Edinburgh Castle. Today, the time ball still drops at exactly one o’clock in summer, and noon during the winter months.

The Sky’s the limit

The Old City Observatory, built in 1818 and designed like a Greek temple, is another great Calton Hill monument. It enabled Thomas Henderson (the first Astronomer Royal for Scotland) to discover how to measure parallax and the distance of the stars. The building is now enjoying a new lease of life as home to the Collective Art Gallery, which opened in November 2018.

Right on our doorstep

So there you have it. A few interesting facts about Calton Hill. But of all our favourite facts, there is one we cherish more than any other. This world-famous Edinburgh landmark is right on our door step. Situated in the heart of Edinburgh at the foot of Calton Hill, this fortress of history and significance is less than a five-minute walk from our city centre hotel. Which means if you are planning a trip to our favourite historical landmark, there is no better place to stay than right here in its shadow!