This one-day Edinburgh to Stirling road trip takes you to some of the best attractions in the beautiful city of Stirling. Along with a magical stop at The Kelpies in Falkirk on the way back. This includes around 2 hours 15 minutes of driving time, travelling 82 miles there and back. 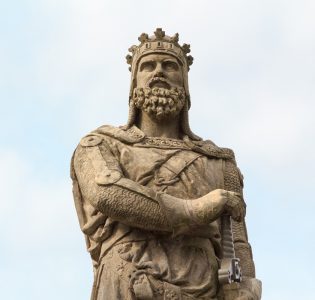 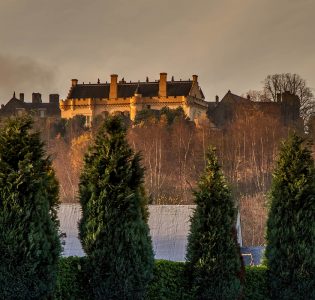 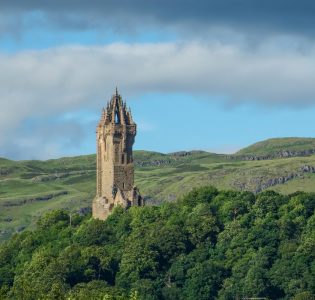 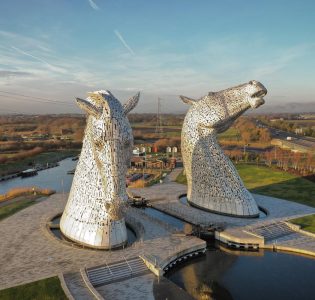 Leaving Edinburgh, head towards Stirling via the A90 and M9. This drive should take about one hour, passing sites such as Dundas Castle and Linlithgow Palace on the way. Find a place to park in Stirling here.

First stop in Stirling is Stirling Castle. This imposing structure on the city skyline is a fascinating place to start our adventure. With a rich history to explore, dating from at least the 1100s. The present castle was built between the 15th and 17th century. It has amazing architecture and is extremely well preserved both inside and out. Audio Guides are available for self-guided tours. 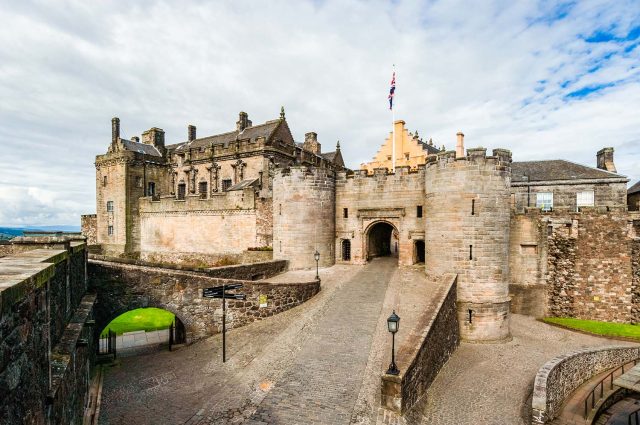 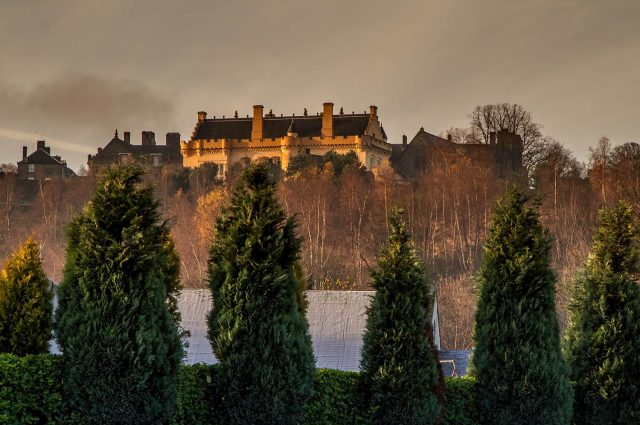 Don’t miss the statue of King Robert The Bruce on the castle esplanade. Sculpted in 1877, it depicts Robert The Bruce in chainmail, with his sword, shield and axe. The figure faces south, towards the Bannockburn Battlefield.

After a busy morning, we recommend lunch at the River House, which is around a 20-minute walk from the castle. With lovely castle views and a tempting lunch menu! 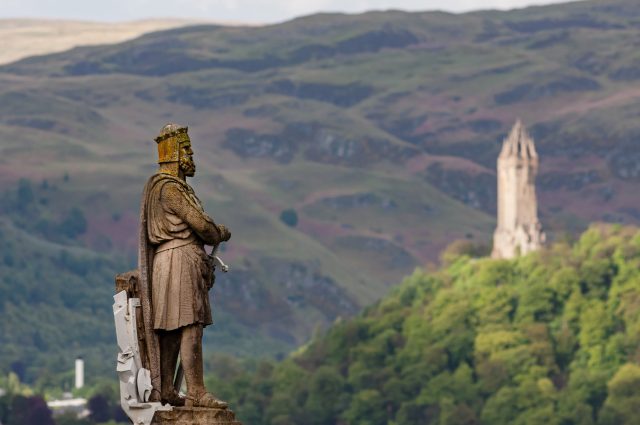 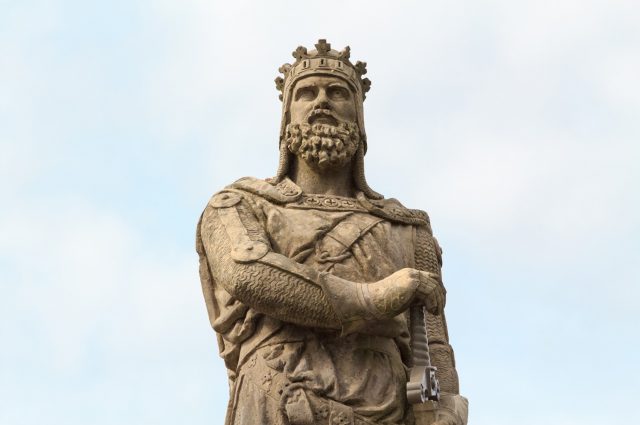 Staying close to the castle, next you can visit the Bannockburn Battlefield and its interesting Visitor Centre. Here you’ll learn more about the Battle of Bannockburn, where Robert The Bruce and his army defeated the English in the First War of Scottish Independence.

A short walk from here, our final stop in Stirling is The Wallace Monument. A memorial to the iconic William Wallace (you might know him as Braveheart). The tower stands on a hilltop above the fields where he led his troops to victory at The Battle of Stirling Bridge. Climb to the top for magnificent views! 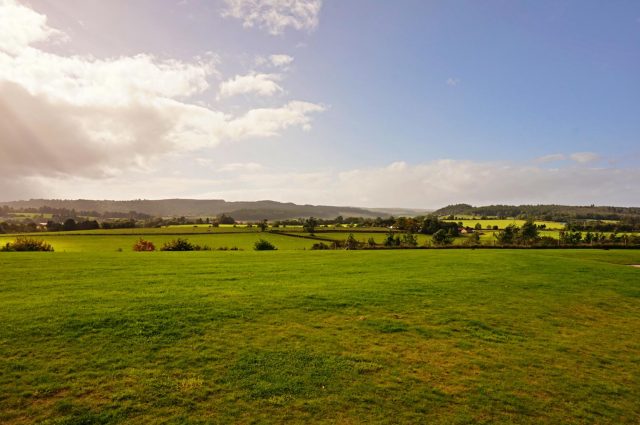 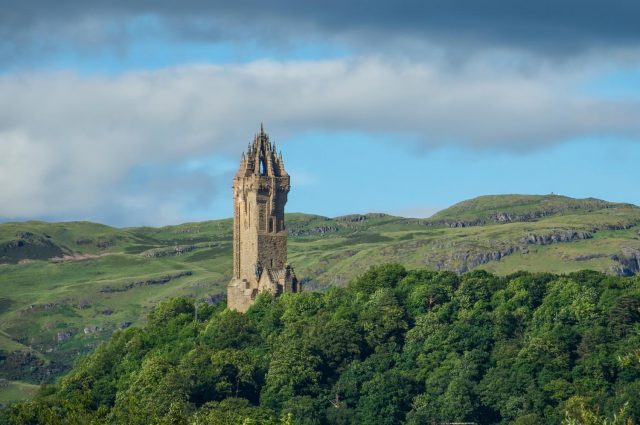 7. Stirling to The Kelpies

Leaving Stirling by car, head back on the M9 exiting at Falkirk/Grangemouth for The Kelpies at Helix Park. This is around a 25-minute drive. There is a car park here and charges may apply. The Kelpies is a stunning sculpture of 2 horses heads, 30 metres high. Even more stunning as dark falls and they are lit up in multi colours. Created by artist Andy Scott in 2013, they represent the heavy horse industry in Scotland and named after horse-like beasts called kelpies from Scottish mythology.

8. The Kelpies to Edinburgh

From the Kelpies, it is a 50-minute drive to Edinburgh via the M9 and A90. Back to your comfortable accommodation at Parliament House Hotel. 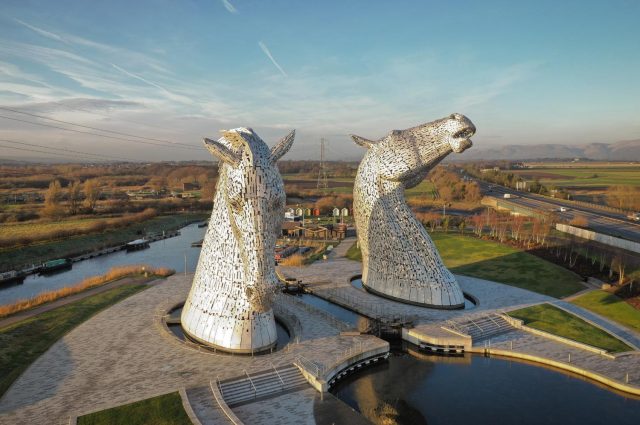 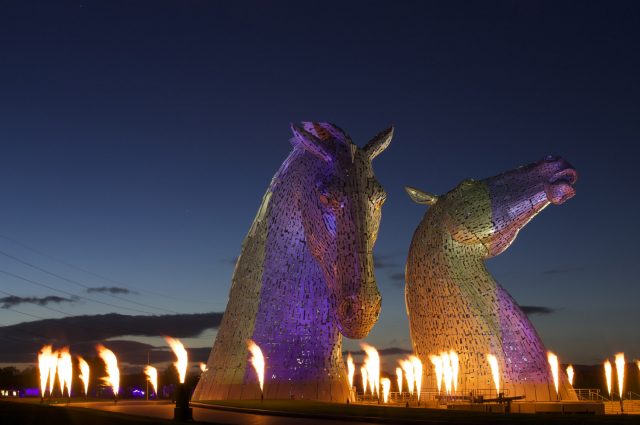 ‘The hotel is wonderful. All the staff we encountered were so professional and went out of their way to assist us. The room was beautiful! Breakfast and dinner we had in cafe excellent with wonderful service. Location is great and hotel is spotless! We will be back.’

Take a road trip to Falkirk, Linlithgow and South Queensferry ......

Take a road trip to Stirling and the Kelpies in Falkirk ......

Take a road trip to Dunbar along the gorgeous East Lothian coast ......

Take a road trip to St Andrews along the beautiful Fife Coastal Route ......

Take a road trip to Gretna Green through the stunning Scottish Borders ......