Today marks 72 years since the end of the Second World War. So, we’re taking a look at Edinburgh and Scotland at war, and the effects of this devastating historic event.

As the war began in 1939, Scotland was an industrial British stronghold, with many factories, coal mines, engineering works and shipyards. A perfect target for the enemy. The Luftwaffe bombed Clydebank, Glasgow, Greenock, Edinburgh, Aberdeen and Dundee in a series of air raids. Thousands of Scots died and tens of thousands became homeless in the wake of World War Two.

Scotland at War: A City Transformed

Still recovering from the aftermath of World War One, the world plunged into another deadly battle. Prepared to defend their country to the last, Edinburgh and its patriotic citizens rallied to support the Allied efforts as the Scottish Command Headquarters during the war. Men downed tools to take up arms. Women entered the workplace en masse. Edinburgh Castle, the Edinburgh Royal Infirmary and Bangour Village Hospital became military hospitals. And the Crown of Scotland was hidden below a medieval latrine closet in Edinburgh Castle to prevent the enemy from finding it should the city fall. 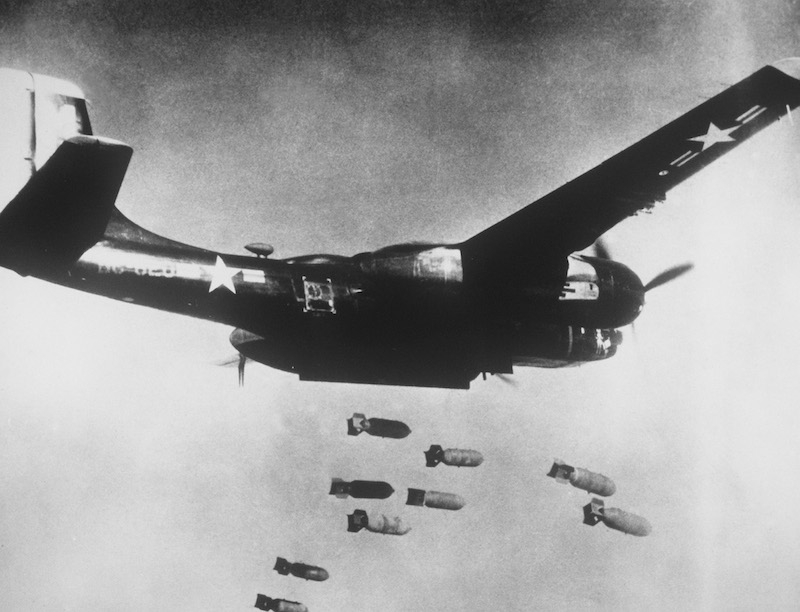 Bombing The Firth Of Forth

Six weeks into the war, the first air attack over Britain took place over the Firth of Forth. Nine German planes took the British air-defence completely by surprise. Busy with a gun-drill at the time in preparation for war, anti-air-raid gunners quickly swapped their dummy munitions for live ammo. Despite missing their intended target, the Royal Navy fleet based at Rosyth, the Germans did manage to damage the HMS Southampton, the HMS Mohawk and the HMS Edinburgh. Sixteen soldiers lost their lives and another 44 were injured. Supermarine Spitfires from the 603 Squadron ‘City of Edinburgh’ and 602 ‘City of Glasgow’ managed to shoot down the first enemy aircrafts over Britain. 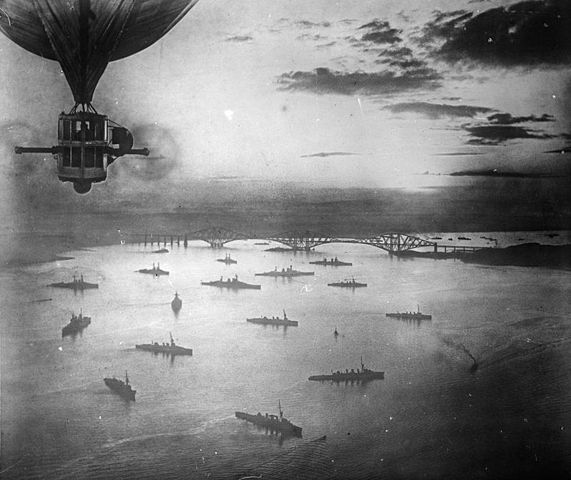 Image title “British Guard Fleet Firth of Forth 1916” by Royal Navy – This is photograph Q 20633 from the collections of the Imperial War Museums.. Licensed under Public Domain via Commons

At the beginning of 1939, the Department of Health in Scotland started to prepare for war. They set to work planning the evacuation of Scotland’s most vulnerable citizens before the anticipated Blitzkrieg struck. Although evacuation was voluntary, on the 31st August, the order came to ‘Evacuate Forthwith’. Children gathered at their local primary schools carrying their gas masks, toothbrushes and a change of underclothes. After walking to their nearest railway station, they were evacuated to secret destinations. Glaswegians went to Perthshire, Kintyre and Rothesay, while Edinburgh children went to the Borders or the Highlands. At the end of the year, the feared Blitzkrieg hadn’t happened, and three quarters of the evacuees returned home. 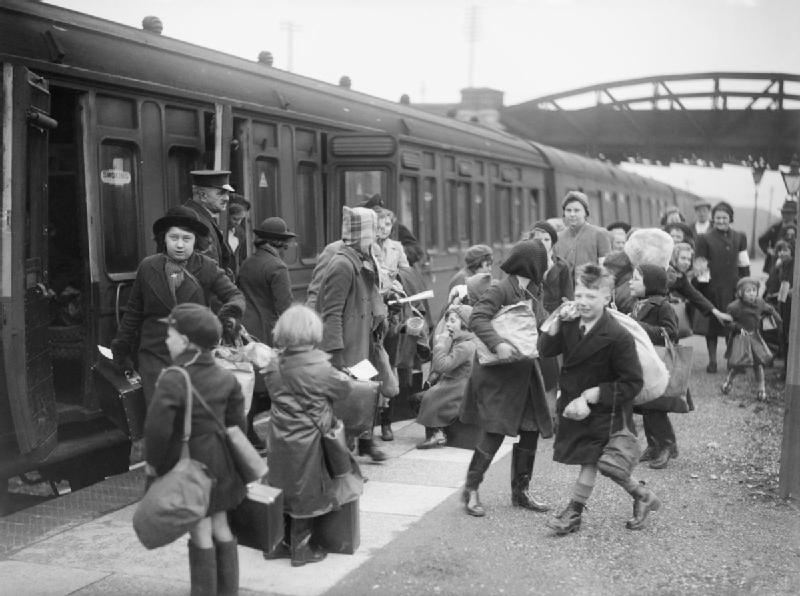 The Second World War devastated the city of Edinburgh. As a central cog in the British war machine, the scars of Scotland at war remain in the many statues, monuments and tributes to brave men and women who lost their lives in the fight for a better future.