Today is World Book Day. So, we’ve been looking at some of our favourite Edinburgh writers. Learning how they were inspired by our city, and how the city has celebrated them! 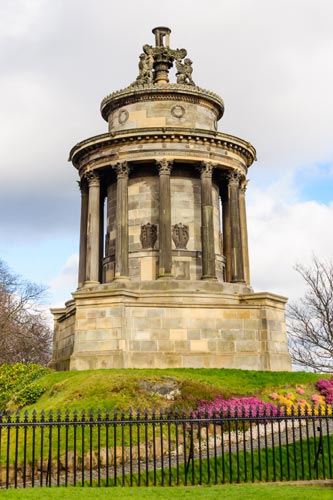 Rabbie Burns, perhaps the most famous Scots poet, was born in Ayrshire in the 18th century. But he spent some time living in Edinburgh and he referenced our city in many of his great works. He wrote Address to Edinburgh not long after he arrived here in 1786. “Edina! Scotia’s darling seat! All hail thy palaces and tow’rs.” There are several monuments to him around Edinburgh, including the Burns Monument on Regent Road, not far from our hotel.

Although he died at just 37 years old, he wrote several hundreds of poems, and his name has become synonymous with Scotland. And every year on his birthday, 25th January, we Scots celebrate Burns Night by feasting on haggis, neeps and tatties, drinking whisky and reciting his poetry. 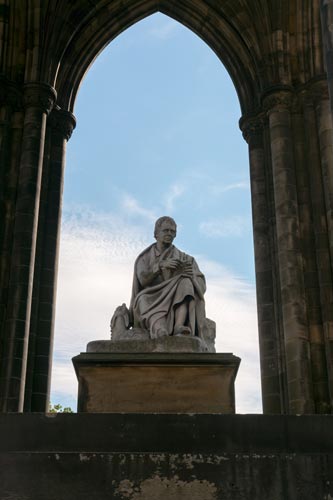 Walter Scott was born in Edinburgh in 1771. He wrote many classic novels. Ivanhoe, Rob Roy, The Lady of the Lake and The Heart of Midlothian, to name just a few.

The great gothic Scott Monument on Princes Street is an impressive landmark in Edinburgh. It features a huge statue of Scott and his dog, Maida. Our main railway station, Waverley, is named after one of his books. It’s the only train station in the world to be named after a novel. And, you‘ll find quotes from his works on the Canongate Wall of the Scottish Parliament building. In fact, there are references to Sir Walter Scott all over Edinburgh. 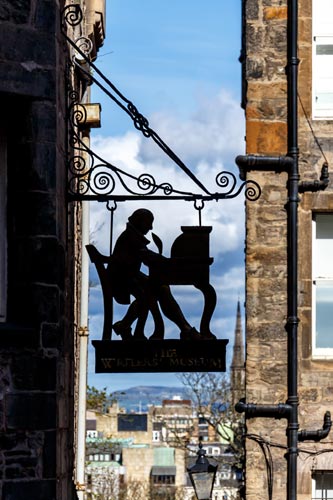 Edinburgh-born author Robert Louis Stevenson wrote the classics Treasure Island, Kidnapped and, of course, The Strange Case of Dr Jekyll and Mr Hyde. It has been suggested that the latter was based on the true story of Edinburgh criminal, Deacon Brodie. A respectable tradesman by day and a thief by night.

You can visit many of Stevenson’s old haunts in Edinburgh, including 17 Herriot Row, where he lived as a child, and Calton Hill, one of the writer’s favourite viewpoints. “Of all places for a view, this Calton Hill is perhaps the best.” 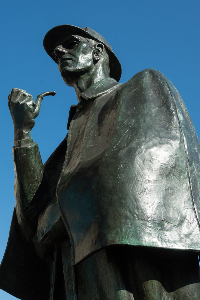 A man who needs little introduction on the Edinburgh literary scene is Sir Arthur Conan Doyle, the man who penned the world’s most beloved crime fighting duo, Sherlock Holmes and Dr Watson. Born in Edinburgh in 1859, he was a student of medicine who found fame and fortune in the world’s greatest fictional detective – a brilliant observer of logic and master of deductive reasoning. Today, his timeless series of Sherlock Holmes novels and short stories continue to be re-told and adapted time and time again.

There is a statue of Sherlock Holmes on Picardy Place in Edinburgh, marking the birthplace of Conan Doyle, his creator.

Muriel Spark was an Edinburgh novelist who wrote The Prime of Miss Jean Brodie in 1961. Set in Edinburgh in the 1930s, it follows the story of a group of school girls and their teacher, Miss Brodie. She based the character of Miss Brodie on one of her own teachers at Gillespie’s School for Girls.

Last year, our city marked the centenary of her birth with Muriel Spark 100, a special programme of exhibitions and events. 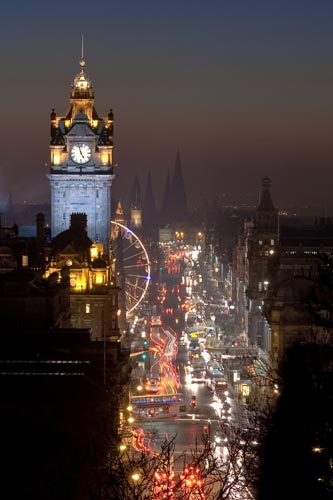 Born in Leith in 1958, Irvine Welsh is the author of Trainspotting, a novel set in Edinburgh and written in a strong Scottish dialect. He has created many works set in Scotland, all written phonetically as the characters would speak.

You can visit several Trainspotting locations around Edinburgh, including Princes Street, where the characters Renton and Spud were famously chased.

Joanne Rowling was born in England, but came to live in Edinburgh in the 1990s, when she was writing her first Harry Potter novel. The series of seven magical books has become a world-wide phenomenon.

Rowling took inspiration from all around her, and there are lots of Harry Potter locations to discover in Edinburgh. You only have to look up at Edinburgh Castle, and you may feel like you’re staring at Hogwarts School! There are Harry Potter shops, tours and trails here, so you can follow in the footsteps of the famous author.

So, those are some of our favourite Edinburgh writers, but there are many more! Come and see this inspirational city for yourself with a stay at Parliament House Hotel. Visit Edinburgh Writers Museum, enjoy a Literary Tour of the city and discover the stars of our city. Perhaps you’ll start your own story here too!