Historic Palaces and Castles in and around Edinburgh

If there is one thing Scotland isn’t short of, it’s castles. Edinburgh Castle may be top of your list, but there are many equally fascinating castles and palaces to visit. So to help you uncover the torrid history of Scottish royalty, here are our favourite castles in and near Edinburgh. All within 20 miles of the city centre. 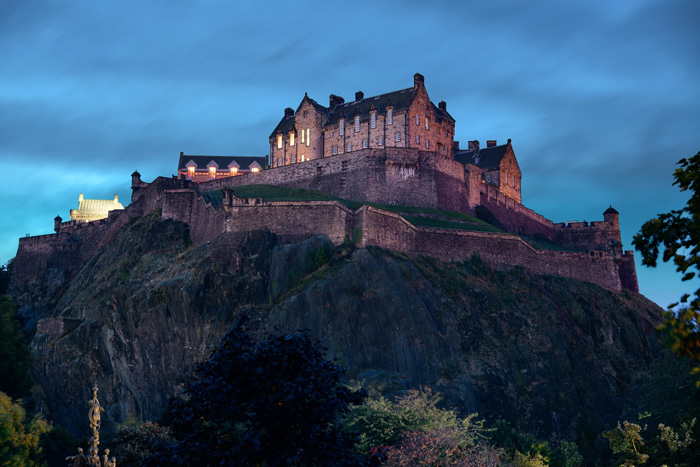 Perched atop a volcanic rock, towering over the city below, sits the iconic Edinburgh Castle. This military fortress and beacon of Scottish strength and power is as formidable today as it always has been. With a rich and bloody history that goes back centuries, Edinburgh Castle has been sieged, sacked and stormed many times. Home to Scotland’s earlier kings and queens, the medieval castle has played an important role in Edinburgh history. But despite a turbulent and violent past, its sheer wonder has endured.

Historians have traced the castle’s orgins back to the Iron Age, where a band of fearsome warriors first built a hilltop fort high on Castle Rock. Before it was turned into a military base with a large garrison in the 17th century, hundreds of supposed witches were burnt at the stake. Later it was home to prisoners of war, and the Crown of Scotland was hidden beneath a medieval latrine during the Second World War. Today, the army still use parts of the castle as a military base. But the castle is now a world-renowned tourist attraction and a key element in the Edinburgh World Heritage Site.

The Castle is full of fascinating facts and things to see. Be sure to catch the one o’clock gun, a cannon which the Master Gunner fires almost every day at exactly 1 pm.

The Palace of Holyroodhouse 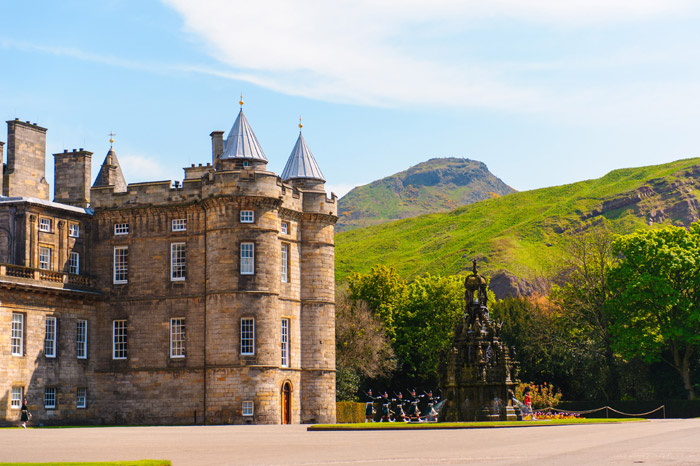 From one ancient seat of power to another, the Palace of Holyroodhouse is just as significant as its medieval counterpart. Situated on the opposite end of the Royal Mile, Holyroodhouse has been the chosen residence of kings and queens since the 15th century, when Edinburgh became the formal capital of Scotland. Today, it is the official residence of the British monarch in Scotland.

You can visit the palace, see the royal chambers of Mary Queen of Scots, tour the gardens and search for the naked ghost said to roam its walls. But please note, the palace closes to the public each year from the end of June until the beginning of July, when the Queen is in town. 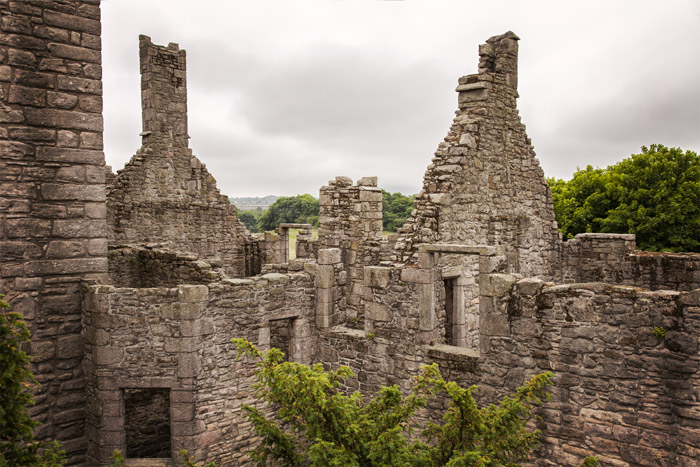 This 14th century structure now lies in ruins, but it is still a very well-preserved Scottish Medieval castle on the outskirts of Edinburgh. Craigmillar Castle took over 300 years to build, as its owners continued to extend and change it. So, it has a very interesting layout, with lots of unusual spaces to explore. Mary Queen of Scots stayed there in 1566 and you can visit Queen Mary’s Room on the first floor. However, she may not have actually slept in there. It is more likely that she had a multi-room apartment in another part of the castle.

There is much to see on a visit to Craigmillar Castle and grounds, and you can climb the Tower for great views over Edinburgh. 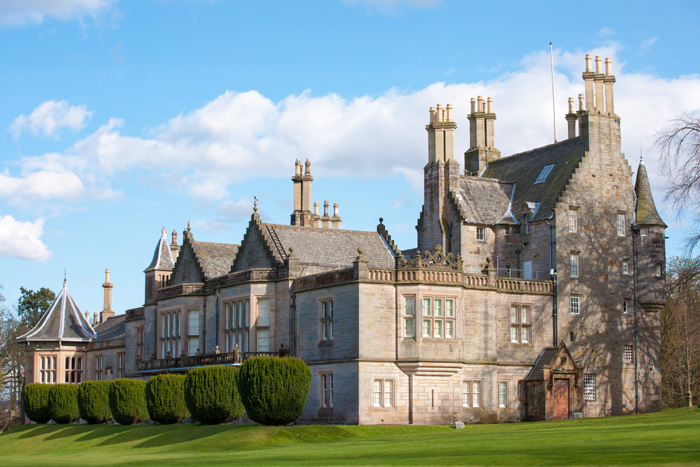 Lauriston Castle is a tower house and it was a family home from its origins in around 1590 until 1926. Mr and Mrs Reid, the final owners of the property, left it to the people of Scotland. It is now a museum, exactly as the owners left it, with all its decor and contents in tact.

The extensive castle grounds are just as fascinating as the house. They include a beautiful and peaceful Japanese Friendship Garden, which was added in 2002. 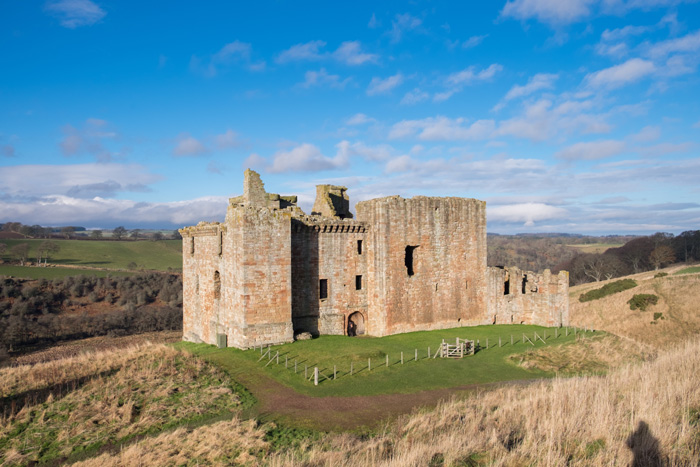 The ruins of Crichton Castle lie 15 miles south east of Edinburgh, in Midlothian. Again, this is a Tower House and former family home. Sitting high on a terrace, overlooking the River Tyne, it is one of the oldest remaining tower houses in Scotland.

One of the highlights of a visit to Crichton Castle is the unique diamond-faceted facade, which dates from around 1580. 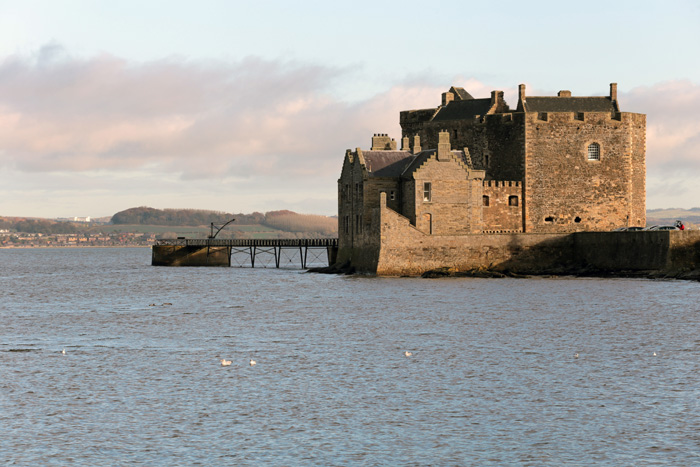 Built for the Chrichton family in around 1440, Blackness Castle later became a royal castle, fortress and prison. You might recognise it, as it has become a popular filming location in recent times. Movies and other productions such as Outlander, Outlaw King and Mary Queen of Scots all feature scenes that were shot here.

The castle is located on the shores of the Firth of Forth, and you can climb the towers and curtain wall for amazing views across the water. 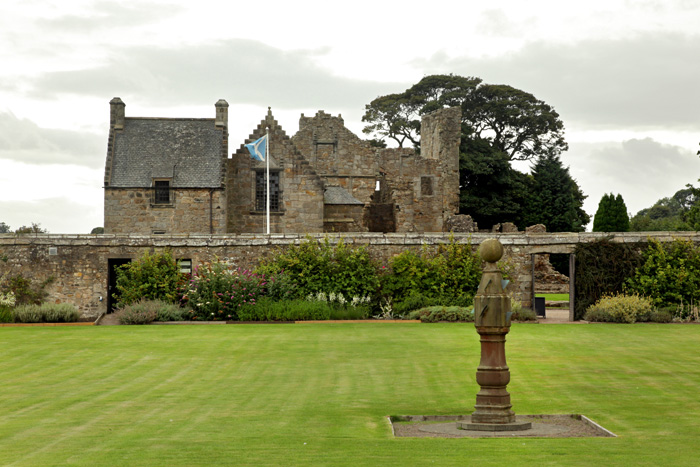 Aberdour Castle could be the oldest standing castle in Scotland, although we don’t know for sure. We do know it was built in the 1100s and was added to in the centuries to follow.

One highlight not to miss is a 17th century painted ceiling, depicting fruit, foliage and emblems. 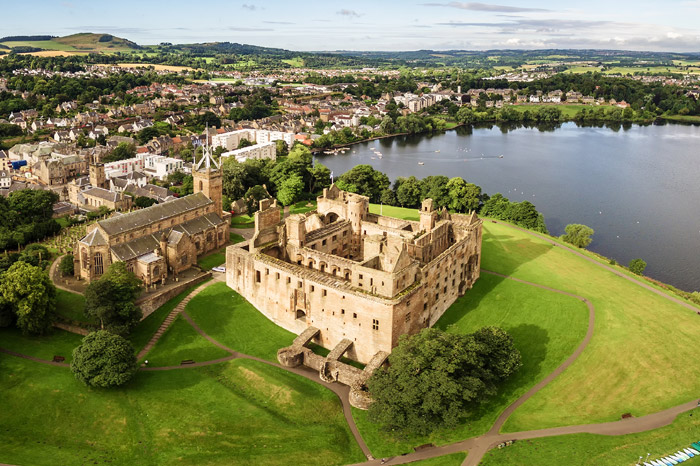 Lintlithgow Palace was the holiday home of choice for the royals of yesteryear. Once a royal residence for the Stewarts (not to mention the birthplace of Mary Queen of Scots), Linlithgow Palace’s elegant design and stunning surrounds made it the ideal royal stopover for kings and queens travelling between Edinburgh Castle and Stirling Castle. Today, the palace lies in ruins. But despite its charred and battered exterior, Linlithgow Palace’s beautiful décor and extravagant courtyard continues to inspire visitors every year. It is home to wonderful events, and was another filming location in the Outlander television series.

So that’s our pick of fascinating castles in and near Edinburgh. To book your Edinburgh vacation and visit them for yourself, take a look at our special offers. You can also sign up to our newsletter to keep up with our latest news and fantastic offers.