Home » News » Things to Look Forward to in Edinburgh this January

Beat the January Blues in Edinburgh

In January, after the Christmas and New Year holidays, we find ourselves back in the real world. Many people find this time of year rather gloomy. In fact, 20th January 2020 is Blue Monday, officially the saddest day of the year! If you’re feeling the January blues, here are a few things to look forward to in Edinburgh …

January is the best time of year to grab a bargain in Edinburgh. From fantastic sales in the shops, to deals in hotels, bars and restaurants. Here at Parliament House Hotel we are offering a fantastic January Sale Rate of just £60 per room, per night, including breakfast! Or, if you want to add dinner in our cosy restaurant, check out our January Indulgence Package from just £82 per room per night!

The next big Scottish festivity is Burns Night, which is held on 25th January every year. This is a celebration of the life and works of one of Scotland’s most famous poets, Robert Burns. In honour of the literary legacy he left behind, we mark the occasion with a special Burns Supper. This involves all our favourite traditional Scottish fayre. We eat a dinner of haggis, neeps and tatties, drink fine Scotch whisky and recite ol’ Rabbie’s poetry. There are lots of Burns Night events to join in Edinburgh, guaranteed to bring some cheer to a cold January evening.

The magnificent Giant Lanterns of China will light up the dreariest of Januaries, with a spectacular trail of over 600 colourful lanterns. This magical event is on at Edinburgh Zoo until 26th January and features prehistoric creatures such as dinosaurs, saber-toothed tigers and woolly mammoths. There’s also a marketplace selling Chinese gifts and seasonal hot drinks and snacks.

This January, there are some great live shows on the Edinburgh stage. The spectacular Disney’s The Lion King is on just around the corner from our hotel, at Edinburgh Playhouse. Plus, you can still catch this year’s festive panto Goldilocks and the Three Bears at the King’s Theatre until 19th January.

What’s more, you can treat yourselves to a tasty pre-theatre meal at Parliament House Hotel’s very own MP’s Bistro beforehand.

OK, so it’s not quite time for the Edinburgh Fringe, but there’s still plenty of opportunity to enjoy some comedy in Edinburgh. What better way to shake off the January blues, than with a proper giggle? With a mix of established acts and hilarious newcomers, check out what’s on at The Stand and Monkey Barrel comedy clubs and have a laugh this January.

There’s no need for the January blues in Edinburgh, with all of this and more to look forward to! So, why not make a New Year’s resolution to book a last minute January break and let the good times roll! 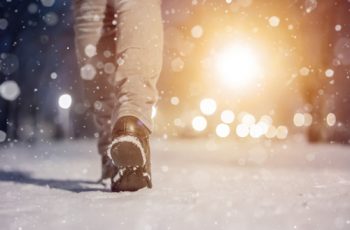